The presentation that seemed to have most everyone talking was presented by Inus Hwang, President of Azoomma Marketing Lab. The root of the Korean word "Azoomma" means housewife and this is the focus of their innovative company co-founded by two sisters, Inus and Sang Yun. Dr. Nils Andres, the organizer of the conference, introduced Azoomma as the "BzzAgent of Asia." They're story is worth sharing.

In 2000 they created an online community for married Korean women. This site created a wonderful opportunity to create interactions with one another. In 2003, they took this 600,000 member community into the WOM marketing arena. One sample campaign was for Hamsville Bacon. Korean culture was not accustomed to bacon and how to prepare it in meals so Azooma created a campaign whose goal was to show how bacon can be integrated into the womens' daily lives.

The campaign worked along these lines: Azoomma recruited 200 women from their online community, called "seeders" and then sent them "experience kits" about the product that included 100 cards to distribute to other people. Through Azoomma, the company provided resources for women to hold "rice and bacon" parties in their homes during a one-month period. The women invited their friends over to the house for these parties (much like a Tupperware party). There were 780 parties that involved a total of 5,955 participants (P1s). The women who participate in the parties are given "Buzz Tracking Cards" which have a number of survey questions, most notably how many other people (P2s) they told about the experience and the product and their purchasing behavior. These postcards, which have a tracking number tied to the woman who hosted the party (the "seeder"), are mailed back to Azoomma to track the WOM that was spread.

In this campaign they were able to have a total reach of just over 60,000 women that resulted in 58% of those women purchasing the product. According to their research, one seeder had an ultimate multiplying effect of 326x (this is based on an estimate of P2 interactions; I'm not clear yet on the formula used to calculate this number but hope to learn more soon).

According to another calculation, they were able to determine that the cost of reaching the number of people they did was 1/13 the cost of a TV ad. This brand now has the top position in terms of market share in Korea.

There are also other aspects of community involvement after the campaign. For example, the women take pictures of the events and post them online.

One challenge they are facing now, which I've also been dealing with in my own research, is how to track the P2 data (that is, the people who were told about the party and product after the party).

There are a number of principles that seem to make their model successful: 1) creating a grassroots community that provides members with a space to interact as well as a sense of connection and belonging; 2) leveraging the power of relational networks and the credibility derived from these relationships; 3) providing a meaningful experience for people to talk about; 4) a concrete method for tracking and measuring the WOM; and 5) creating opportunities for people to make the WOM marketing experience relevant and meaningful to their everyday lives (including the possibility of further consumer-generated-media through the online sharing of photos and discussion).

Right now Azoomma is a small company with a handful of clients, but they are tapping into some sound principles of WOM. Inus had a strong stage presence in her talk and many people found her presentation compelling. Conclusion: they're the buzz from Day 1 in Hamburg. 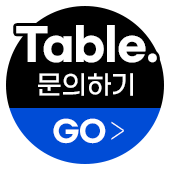